Prof. Anil Sole has come a long way from being the secretary of ABVP, Nagpur to now occupying the position of MLC. His political journey has been enduring and he has worked at grass root level in areas that worked towards the development of the society. Albeit his political career took him to a pinnacle, his determination to work for the underprivileged remains undeterred. This noble vision of Prof. Anil Sole made him establish Fortune Foundation. With firm belief that today’s youth are the pillars of tomorrow; he set on a mission to work towards empowering the youth and develop their skills. Under his guidance, Fortune Foundation undertakes several initiatives that work towards the overall development of the youth and the underprivileged. From a sincere party worker, to a popular teacher and a now becoming a torchbearer for the youth, Prof. Anil Sole kindles hope and has constructive approach that leads to development of the society. 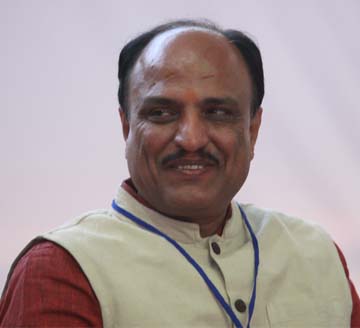